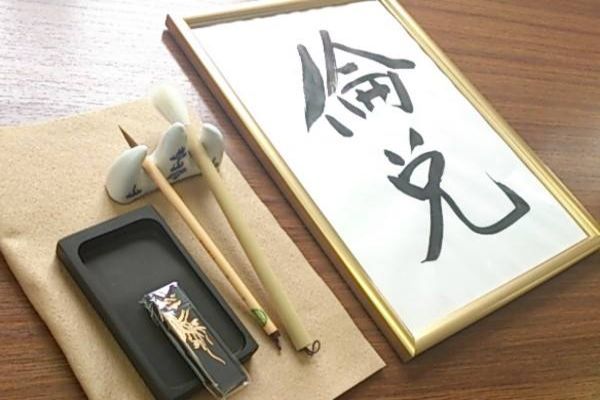 We are very fortunate in having Ren Yano hold our calligraphy workshops. We appreciate his time as he is very busy supporting the Japanese Relief Fund.

Ren is an artist who specialises in Shodo, Japanese traditional calligraphy. After holding exhibitions in Tokyo and Osaka, he moved his centre of activity to Sydney in 1996. In 2003 he gained Australian permanent residence as an artist, and until now this has been the only case a Japanese citizen has achieved Australian permanent residence in the Visual Arts division.

Now his work can be seen all over NSW through his exhibitions. In addition, he has held various performances and workshops at many occasions including the NSW Art Gallery, the Japanese Embassy's Candle Festival and the Cowra Japanese Gardens.

In recent years he has also impressed overseas audiences with many activities including his exhibition in Dubai and performance at the Japan Day in New Zealand, to which he was invited by the Auckland Consulate of Japan.

In 2010 his work Furusato (En: place of origin) was approved by the Japanese Foreign Ministry as a national property of Japan, meaning his artistic talent is now recognised by two nations (Australia and Japan). This work is now housed at the Japanese Embassy in Canberra.

Ren holds Shodo classes in Chatswood, and is endeavouring to pass his talent to future generations.